Ina Forsman is a Finland star of the blues who has collaborated with artists of the like of Helge Tallqvist. Her debut album conquered the world of the critics as that the review Classic Rock said of her: “she has got a voice of dynamite!” and her recent tour took her under the spotlight of all Europe and USA.
Clicca qui per la versione italiana

In Italy, while remaining a niche genre, the blues is living a new discover, how is playing it in Finland? It is difficult make blues or there is a lively scene connected to the national culture?

We have quite big blues and jazz scene in Finland, taken the fact that there`s only 5,5 million people living in the country. Artists and players are top notch, highly educated, enthusiastic and passionate about the genre, culture and the history of it.

One of the more appreciated italian authors in the world, Massimo Carlotto, lover of the blues, had added yours “Don’t Hurt Me Now” inside his blues playlist in the noir book “Blues Per cuori fuorilegge e vecchie puttane”. The noir and the blues talks both about broken hearts, smokey and dangerous atmosphere, do you find an assonance?

I find that lot of people resonate with my song “Don`t Hurt Me Now”. When I play it live there`s always a long powerful guitar solo, so that`s probably one of the reasons, haha. But also because it tells about a situation very familiar to everyone: Falling in love.You know you want to fall as it it the sweetest feeling in the world, but you`re scared `cos you`ve been hurt before

Inside your music, in the melodie and in the style I find a strong influence with Nina Simone: how do you approaches to her?

I love Nina Simone. Her music is like magic, like royalty. As much as I adore her, I don`t believe that my music is in the style of hers, as her style is something completely unique and untouched. Yet, I am and always will be very inspired by her. 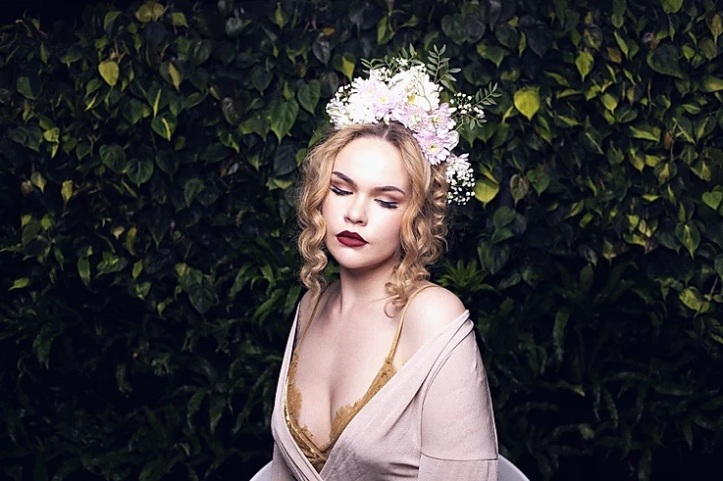 Your album, “Been Meaning To Tell You”, has got the particular style that distinguishes you and it comes to the listener in a direct way. Why don’t you talk to me about the making off of the album? I want to know the particularities

It took many years to write “Been Meaning To Tell You”. I wanted to write personal lyrics, dig deep into my soul and life to find topics that my listeners could also relate to. I also challenged myself to write about something else than love and that`s how songs “Whatcha Gonna Do” and “Why You Gotta Be That Way” were born. These songs talk about sexual harrasment on the street, something that`s still unfortunately very common and has happened to almost every woman. “Whatcha Gonna Do” tells the story from man`s perspective, as “Why You Gotta Be That Way” tells the story in Woman`s.

Going back to the noir and the smokey atmospheres, although your original genre is the blues, you mix with skill R&B with the swing and soul that remind, a little bito, to Amy Winehouse: how can you keep that mix standing?

I always write songs in the style that I`m most inspired by at the moment. I could never tie myself to one genre, although I believe that Blues, Jazz, Soul and R&B all walk hand in hand.

You have got a particular care on your songwriting, I know that your last album was getting late to come into light, because of an accident you have to restart over writing a lot of lyrics. So, i think you’re really careful with the message but also the presentation that is something a lot literary. Why do you think it is important?

I like to write songs that people know right away what I`m talking about. No hiding behind the words, straight up, honest.

The europeans and the tourists around the world dreaming to see, for one in life, the Northern Lights, but for whose that live in it, can you get used of so much beauty?

I`m from Helsinki, which is very south in Finland, so unfortunately we don`t have too much Northern lights. I have seen them few times in Lapland though, and they are truly remarkable.

Which are you future project? DO you want to show a little secret to you italian fan base?

Right now I`m living in Berlin and working on new music. I`m composing and writing songs alone, which is a new challenge and a personal growing project of mine.

Talking about your greatest song, No Room For Love, where does it come from?

No Room For Love is a song I still, to this day love to perform on my every show, even after four years. It`s a song about leaving a long relationship after realising, that the years have taken their toll, and simply put, there`s no room for love.

Today we have a new attention to the woman figure, in all the fields, we’re still fighting for a social emancipation and gender equality; the argument is important and I want to know how do you live this consciousness? The way is still long? 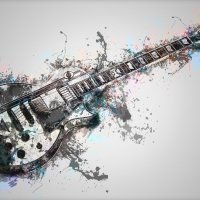 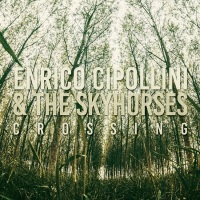